What is the Toxic Trio?

Domestic violence, mental illness, and substance abuse make up the so-called “toxic trio”. Particularly in households where considerable harm to children has occurred, these problems frequently coexist. “An estimated 751,000 (19.3%) children between the ages of 10 and 15 lived in homes where at least one of the toxic trio issues was present, according to the Office for National Statistics analysis of data from the annual crime survey for the 12 months up to March 2019.”, says the Children Young People Now. The outcomes of the abuse received by the children are immense. Therefore, they are likely to have a more negative outlook on life.

It is crucial to understand that children experiencing one or all of the toxic trio will suffer in the future. According to a study, children who live in households where an adult suffers from one or more of the “toxic trio” of mental illness, domestic violence, or drug usage are more likely to become victims of crime. This blog reflects on the toxic trio and how practitioners can help children who experience the toxic trio. So, let’s read further to learn extensively about “what is the Toxic Trio?”.

What is the Toxic Trio?

According to SafeLives, “The term ‘Toxic Trio’ has been used to describe the issues of domestic abuse, mental ill-health and substance misuse which have been identified as common features of families where harm to children and adults has occurred.”

The toxic trio frequently coexist, particularly in households where serious harm to children has happened. For example, a parent abusing drugs or alcohol is more likely to be in a relationship where domestic violence occurs. As per NIH, people who use alcohol are more likely to suffer from mental illness. This is one reason why these problems frequently coexist. What does toxic trio mean?

The toxic trio is a combination of 3 issues- substance abuse, domestic abuse and mental health problems. These problems frequently coexist and have been noted, mainly when serious harm to children occurs. However, there is little doubt that the toxic trio increases the likelihood of abuse and neglect. For example, when the “toxic trio” happens, it is thought that there is a higher risk of injury to children or young people.

What are the signs of a toxic trio?

The signs of a toxic trio include- Domestic abuse, mental ill-health, and substance misuse.
Physical marks and other apparent indications of domestic violence may be simple to spot. Others can be something you can easily brush off or explain, like blaming a friend’s absence from an activity you used to do together for losing interest.

Small behavioural changes that could be written off as “tics” are common in many types of drug usage. Any of the following could be symptoms of an illness that is not obvious: Continuous itchiness in a specific body part, impulsive pulling of sleeves up to cover scars, shaky speech, and excessive sniffling.

What are the 4 areas of abuse?

Abuses can be categorised into four areas such as- neglect, emotional abuse, sexual abuse and physical abuse. Abuse and neglect are possible in family, neighbourhood, and institutional environments. For example, the child’s abuser could be an adult, another child, or someone completely unknown to them.

Neglect- When a child does not receive the proper attention or supervision and suffers physical or developmental harm, it is considered neglect. A child’s health, development, or welfare is harmed when they are denied access to food, clothing, warmth, hygiene, medical care, intellectual inspiration, supervision, or safety. This is commonly defined as an omission of care.
According to the Center on the Developing Child at Harvard University, “Studies on children in a variety of settings show that severe deprivation or neglect: Disrupts the ways in which children’s brains develop and process information, increasing the risk for attentional, emotional, cognitive, and behavioral disorders.” The children may also experience attachment issues due to emotional neglect.

Emotional Abuse- A child is abused when their basic needs for attention, affection, approval, consistency, and security are not provided by their parent or caregiver because of their inability to do so or because they are just not interested. Emotional abuse can happen when persons looking after children are ignorant about and unable (for various reasons) to address their emotional and developmental requirements. Emotional abuse is difficult to identify as its effects are difficult to see.

Sexual Abuse- Various abusive behaviours can include sexual abuse of children. Rarely does it entail just one episode, and occasionally it takes place over the years. The family, including older siblings and extended family, is where child sexual abuse occurs most frequently.
When a child is used for another person’s sexual pleasure, arousal, or that of others, it is considered sexual abuse. It includes introducing the child to sexual activity directly or indirectly, such as through pornography or engaging in sexual actions with them.

Physical abuse- The intentional infliction of pain constitutes physical abuse. Physical abuse can also be the outcome of abusive acts of discipline, as evidenced by injuries, bruises, burns, fractures, and strained muscles. Physical abuse is also indicated by wounds that don’t fit the explanation and by untreated medical or dental needs.

Why is the Toxic Trio Important?

Learning and making yourself aware of the toxic trio is important as children and young adults get harmed physically, emotionally and mentally. The toxic trio is a significant sign of an increased risk of harm to children and young adults. The trio raises the danger of harming children’s well-being and performance. While having mental health issues, abusing drugs or alcohol, or being a victim of domestic violence does not guarantee that a parent or caregiver will be unable to protect their child from serious harm, it does increase the likelihood that they will. Still, each issue has several other possible harmful effects on kids.

Around one in every twelve children living with a parent who uses drugs or alcohol knows someone who carries a knife. However, living with the trio increased children’s risk of becoming perpetrators of destructive or illegal behaviour. Domestic abuse, formerly known as domestic violence, refers to any abusive or aggressive behaviour within a household. Domestic abuse can involve emotional, psychological, sexual, financial and physical assault. Children and young adults may suffer significant harm from domestic abuse. However, seeing domestic violence can have immediate and long-term effects on the child involved. This includes making kids more likely to experience substance abuse problems or eventually find themselves in an abusive relationship.

Domestic abuse affects each person differently. But it has. A negative psychological and physical impact on everyone. For example, someone is frequently alerted to a person’s vulnerability by a collection of related indications of domestic abuse. It may be significantly more difficult for a parent to shield themselves and their children from domestic abuse if they also suffer from anxiety, depression, or low self-esteem. However, some individuals also turn to drugs or alcohol as a coping method when dealing with mental health issues. In the toxic trio, substance abuse can be a particularly challenging problem. People who struggle with substance abuse, especially drug and alcohol abuse, may have gone through an incident or experience that may have served as the first trigger. This is referred to as the behaviour’s underlying cause.

Without treating this underlying issue, it can frequently be very challenging for the person to cease abusing the substances, particularly in cases of addiction. As a result, many people abuse drugs as a coping mechanism for their experiences.

What Should Practitioners Do?

To guarantee that you, as a practitioner, implement suitable, efficient solutions, you must be able to comprehend how the toxic triad interacts with one another. The likelihood that kids may suffer from these problems’ long-term harmful effects can be lowered with adequate support. It’s also crucial to be aware of the toxic trio risk factors, such as parents or caregivers who have a history of maltreatment or neglect of children or other relatives who have used social services.

The toxic trio is a crucial concept to understand since it raises the potential of serious injury to children. Therefore, you should be aware of the relationship between their dangers and the long-term harm they can do to a child. The blog sheds light on the concept of the toxic trio so that you can teach yourself and help others understand. Learning and understanding about toxic trio can help raise awareness among people and help them come out of it. 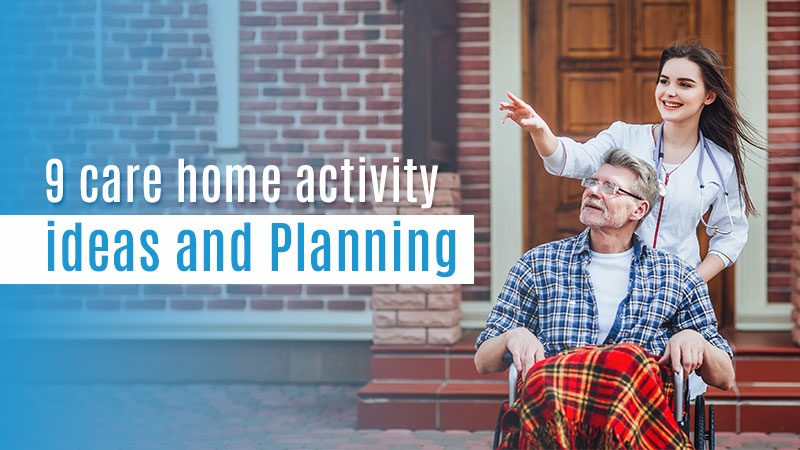 What Are The 6 Cs In Health And Social Care 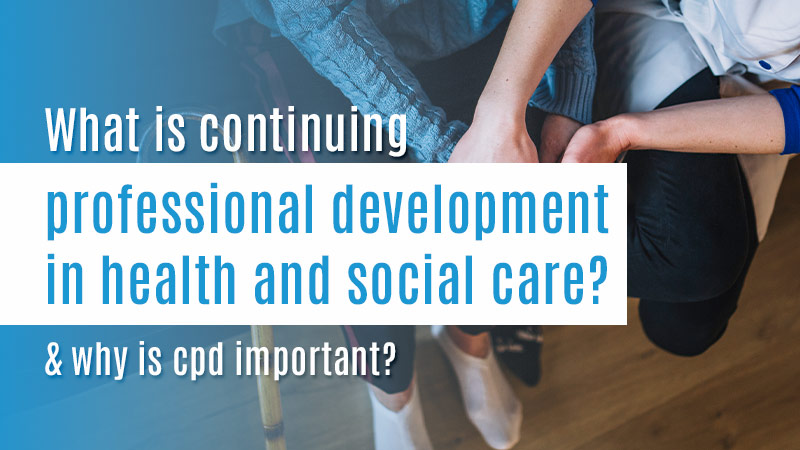 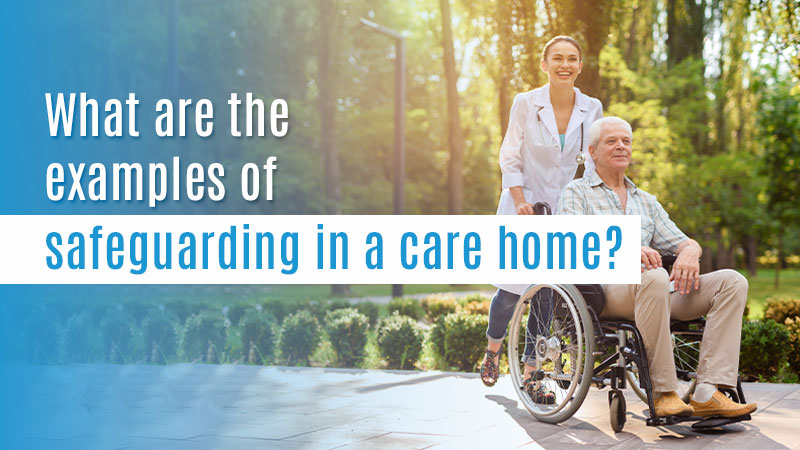 What Are The Examples of Safeguarding In a Care Home